Small-scale solar power is critical in Australia’s transition to a clean energy future. Australia already has the highest uptake of rooftop solar panels globally and renewable energy can account for up to half of the power supplied to the national energy grid during peak periods.

The uptake of solar is happening on a grassroots level. Many thousands of individual households and businesses have done their research and chosen to have private solar power systems installed on their property.

The growth of our national renewable energy industry has proven to be linear, with the Clean Energy Council’s Clean Energy Australia 2021 Report indicating that in 2020, more than a quarter of Australia’s total energy generation came from renewable sources for the first time.

Much of this renewable energy came from the small-scale solar sector, which added more than 3 GW of new capacity last year, to record a fourth straight record breaking year.

As reported in October, controversial plans by the Australian Energy Market Commission (AEMC) to charge solar households for exporting power back into the power grid were scaled back earlier in the year in order to protect the investments of private solar system owners.

The commission’s initial draft determination addressed the issue of ‘traffic jams’ within the power network which occur at peak times when energy is being exported back to the grid.

The reforms as initially proposed received significant pushback from lobbyists which resulted in the introduction of an updated package allowing power networks to offer private solar power users a range of options, including a free basic service, in order to encourage users to limit solar waste and save money while benefiting the grid.

AEMC Chief Executive Ben Barr was quoted at the time, “We’ve listened to the feedback we have received and have tightened protections for consumers to increate certainty.”

“This means that networks will have to offer a free basic service alongside any paid solar export plans, so people won’t have to pay if they don’t want to.”

While provisions to the reforms protects solar households against getting charged for exporting power back to the grid, it’s true that Australia’s energy landscape has changed dramatically.

In the past, small scale rooftop solar power systems made sense for many private households. As energy demands and costs increase, and the technology improves, it’s become clear that fully-integrated solar power systems complete with batteries will become the norm.

The ability to capture as much solar energy as possible during sunny periods and then store a percentage of the energy for use later on when the sun is not shining is a no-brainer.

Not only does the addition of a battery allow for reduced reliance upon the traditional power grid, it also allows users to increase the profitability of their solar system.

Smart Energy Answers has partnered with a few Smart Energy retailers to help solar users capitalise on their investments and sell solar-generated power back to the grid at the optimum time to maximise their profit.

Our Smart Batteries together with Virtual Power Plant solutions offer users premium solar feed-in tariffs plus profit sharing on energy trading or a Credit to participate.

With a new Tesla Powerwall installation from December 1st you can receive $2,000 credit upfront if you sign up with one of the Smart Energy retailers VPPs.

With an Alpha battery installation, you will be eligible to $1,300 in credits overtime.

Users can monitor and manage their account and check usage data online at any time using the intuitive smartphone app.

Choosing a battery and solar power system that perfectly matches your needs is very important.

Ask for a tailored consultation to learn the best solar energy solutions for your power consumption, budget, roof space and savings goals. 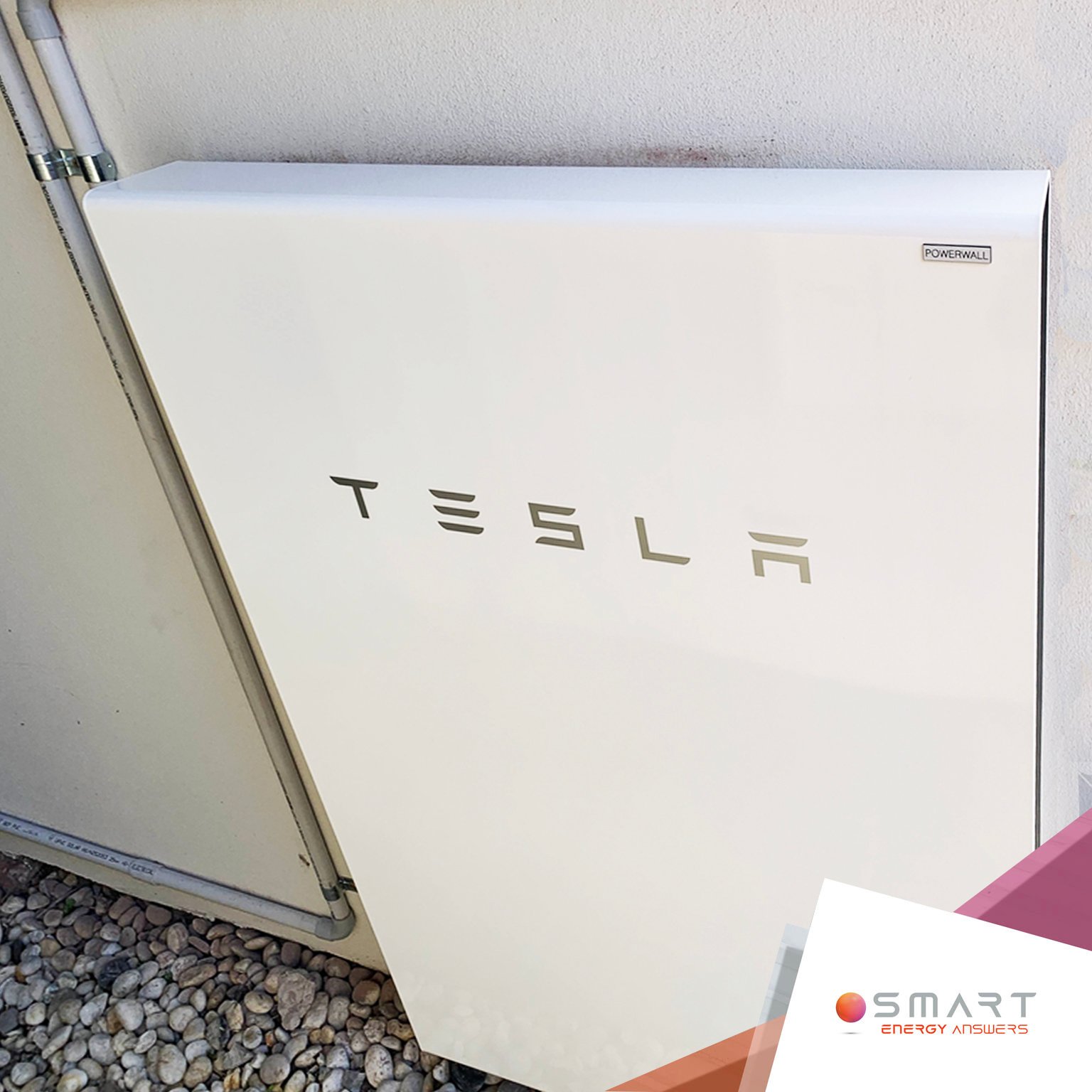 Smart Energy Answers awarded by SolarEdge for recognition of 1000+ Installations